Congratulations - MTU CRAWFORD COLLEGE OF ART & DESIGN Lecturer - Padraig Trehy is the successful recipient of the Authored Works award 2022. The successful project will premiere at the IFI in 2024

Authored Works is an Arts Council initiative which is designed to provide film artists with the creative and editorial freedom to make an authored cultural film work. 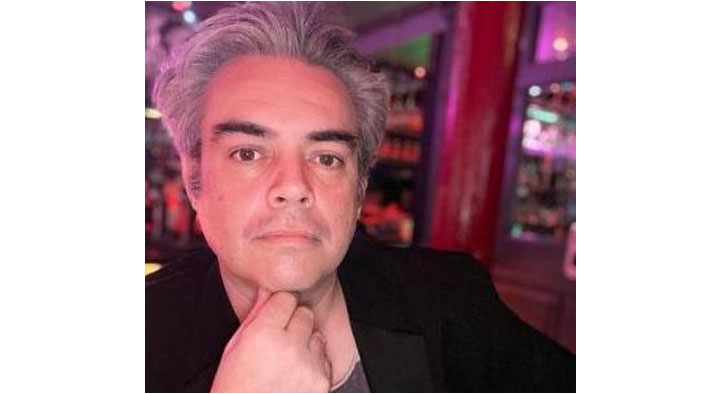 STUPID AUGUST is a silent historical fantasy which utilises elements of fact and conjecture and mixes them in a hybrid of expressionism, surrealism and pantomime. The ancient and sacred figure of the clown, forces us to confront things others wished we’d forget.

Padraig Trehy Padraig Trehy is a filmmaker, writer and teacher based in Cork.  2016 saw the release of his first feature film Shem the Penman Sings Again about the real and imagined relationship between James Joyce and the tenor John McCormack. The film premiered at the Galway Film Fleadh and played festivals around the world, had a limited cinema release and garnered acclaim from cinema and literary critics.

Over the past twenty years Padraig has divided his time between teaching film at Crawford College of Art and Design and making a number of short films and documentaries which have been funded variously by RTE, The Cork Film Centre, The Arts Council, TG4, and the BAI, including The Headstones of Seamus Murphy (2001); Trying to Sell Your Soul, When the Devil Won’t Listen (2003); My First Motion Picture (2004); The Kings of Cork City (2006); A Quiet Revolution (2014); and The Music Club (2016). During this time he also created a number of works for theatre including celebrations of the work of Charles Bukowski (Play the Piano Drunk, 2001); Allen Ginsberg (Howl, 2006) and Leonard Cohen (The Future, 2008) all of which integrated new writing with existing archival material.

He is currently completing an experimental documentary about his late uncle who got caught up in the IRA terror campaign of the 1970s entitled The Ghost Dance of Little Crowe, which is due for release in 2023.