Beyond Form The Continuity of Consciousness by Dearbhail Connon

The Continuity of Consciousness

‘Like deep space, like deep ocean there is another place in both metaphorical and metaphysical terms. Grief is a rite of passage. It brings you to a new territory internally. There are different levels there also, as there are different types of grief. In my experience i was submerged. I surrendered to a sudden and silent place. Words were useless and felt like noise. I allowed myself to be taken apart completely. Part of myself had crossed over too.’

An upcoming show of new work entitled ‘Beyond Form’ by Dublin born female artist Dearbhail Connon opens at window exhibition space at the MTU Gallery at 46 Grand Parade July 9-29.  This body of work has been six years in the making; it began in 2014 following the sudden passing of the artist’s only child, Leon Connon, in January 2014.  As a way of trying to cope with her loss and to find expression as an artist, Dearbhail began a body of work that was to unfold over the following years.

In the aftermath of death many people find themselves asking the bigger questions such as who are we and what lies beyond this physical reality; this body of work is an ongoing conversation at this level. At the beginning in the work there is a sea of Prussian Blue, indeed it becomes the ‘key note’ that permeates through the work and binds it together. With this exhibition the audience will be inside the work rather than just observing it, in a space that is timeless, meditative and reflects the experience of going beyond death. 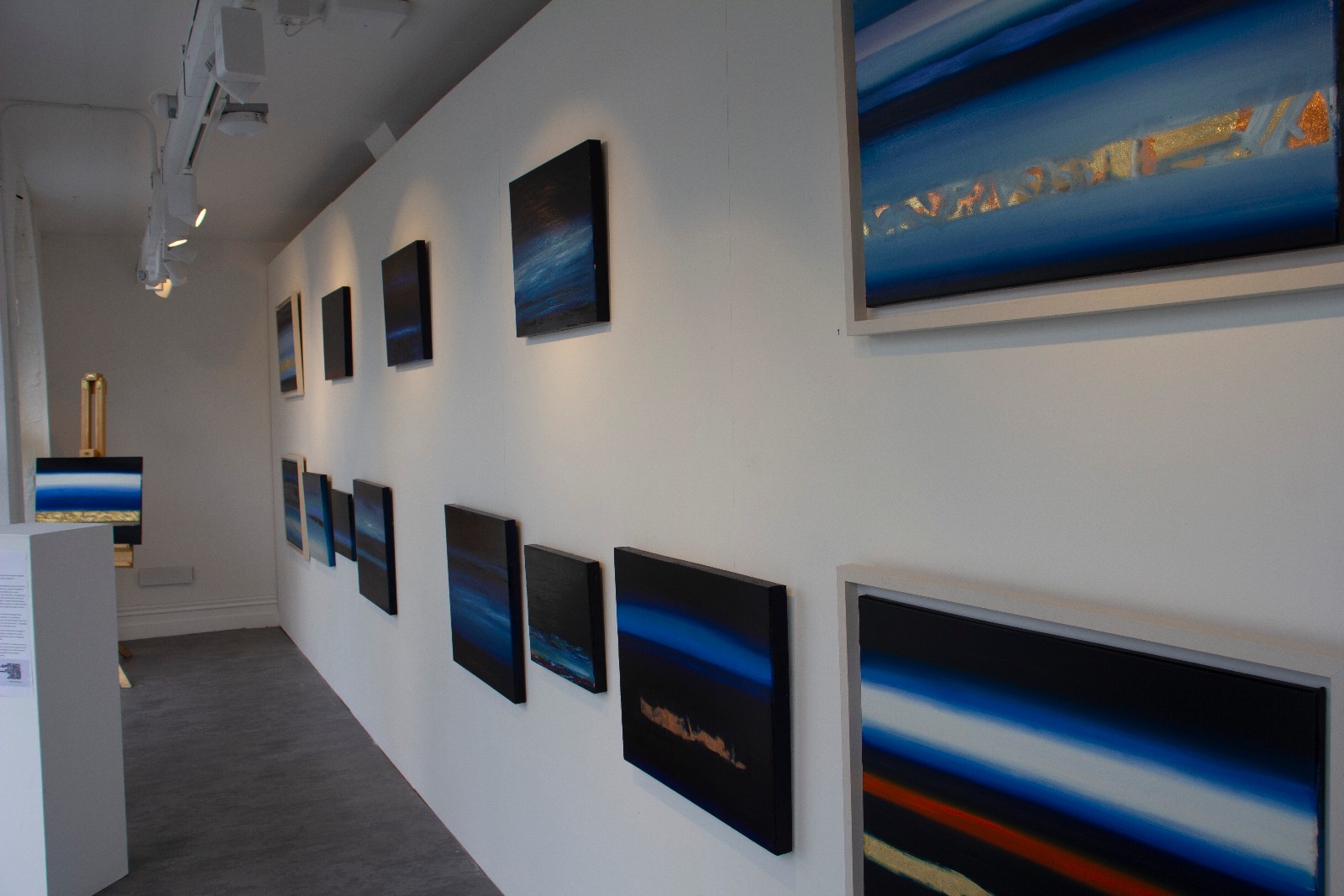 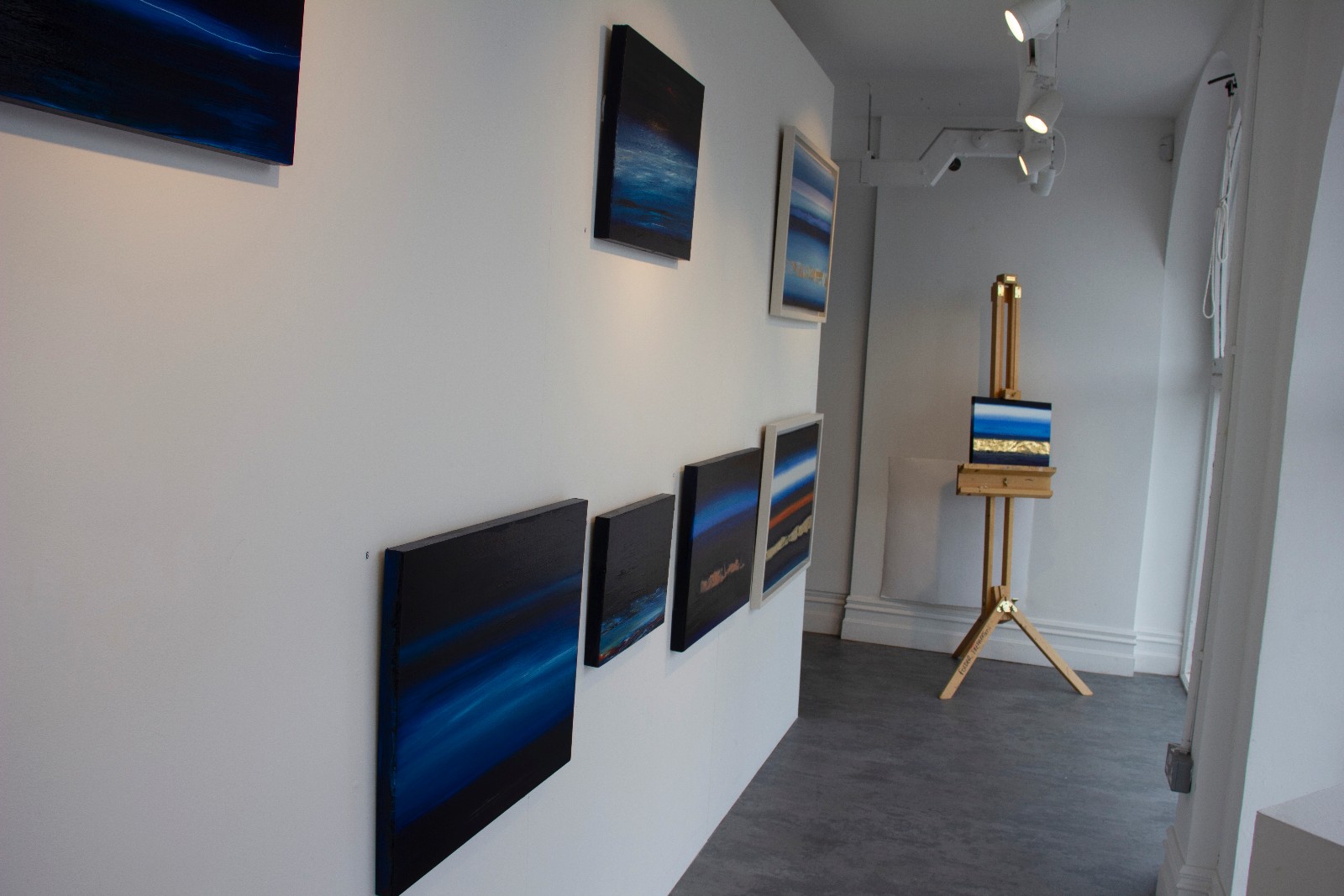 I have always used Art to explore my life experience; ‘Beyond Form’ is a body of work created in response to the sudden passing over of my son in 2014. My work is an exploration of the continuity of consciousness, i.e. what we may be beyond our physical form.

Through the use of colour and the medium of oil paint, this work maps the emotional journey of grief from the event through to the present day. I am, much in the same way as Rothko was, primarily interested in the expression of human emotion. As Rothko said ‘The fact that people break down and cry when confronted with my pictures shows that I can communicate those basic human emotions...The people who weep before my pictures are having the same religious experience I had when painting them. And if you say you are moved only by their colour relationships then you miss the point’. Beyond Form also explores the idea of what we are in essence as human beings. My sense is that we are consciousness and this can be ‘seen’ in the work as energy frequency and vibration which is represented through the medium of colour and the way these colours merge and converge on the canvas.

The beginning tone or base note of the work is Prussian blue which for me holds the energy of deep sadness and silence. There is also the use and exploration of colour as sound here or synaesthesia. Kandinsky explored this concept in his work: ‘the deeper the blue becomes, the more strongly it calls man towards the infinite, awakening in him a desire for the pure and, finally, for the supernatural... The brighter it becomes, the more it loses its sound, until it turns into silent stillness and becomes white’.

As the work evolves over time more feelings/colour’s come through. There is a landscape that begins to emerge which suggests infinity, space and emptiness; a conversation begins to unfold on the canvas between my son and me.  It becomes a space where two horizons meet and two souls can merge and create together; I feel his energy around me most strongly when I paint.

While the journey of grief is ongoing there is a very different feeling in the work I am making now that is often difficult to articulate. It carries a feeling of expanded awareness, a presence and a mystery all of its own. While the work made in the ‘aftermath’ was often silent and unyielding to the outside world, the present day work is open, emerging and seeking connection. It brings together many worlds of consciousness, a different awareness and a further gateway to the divine. 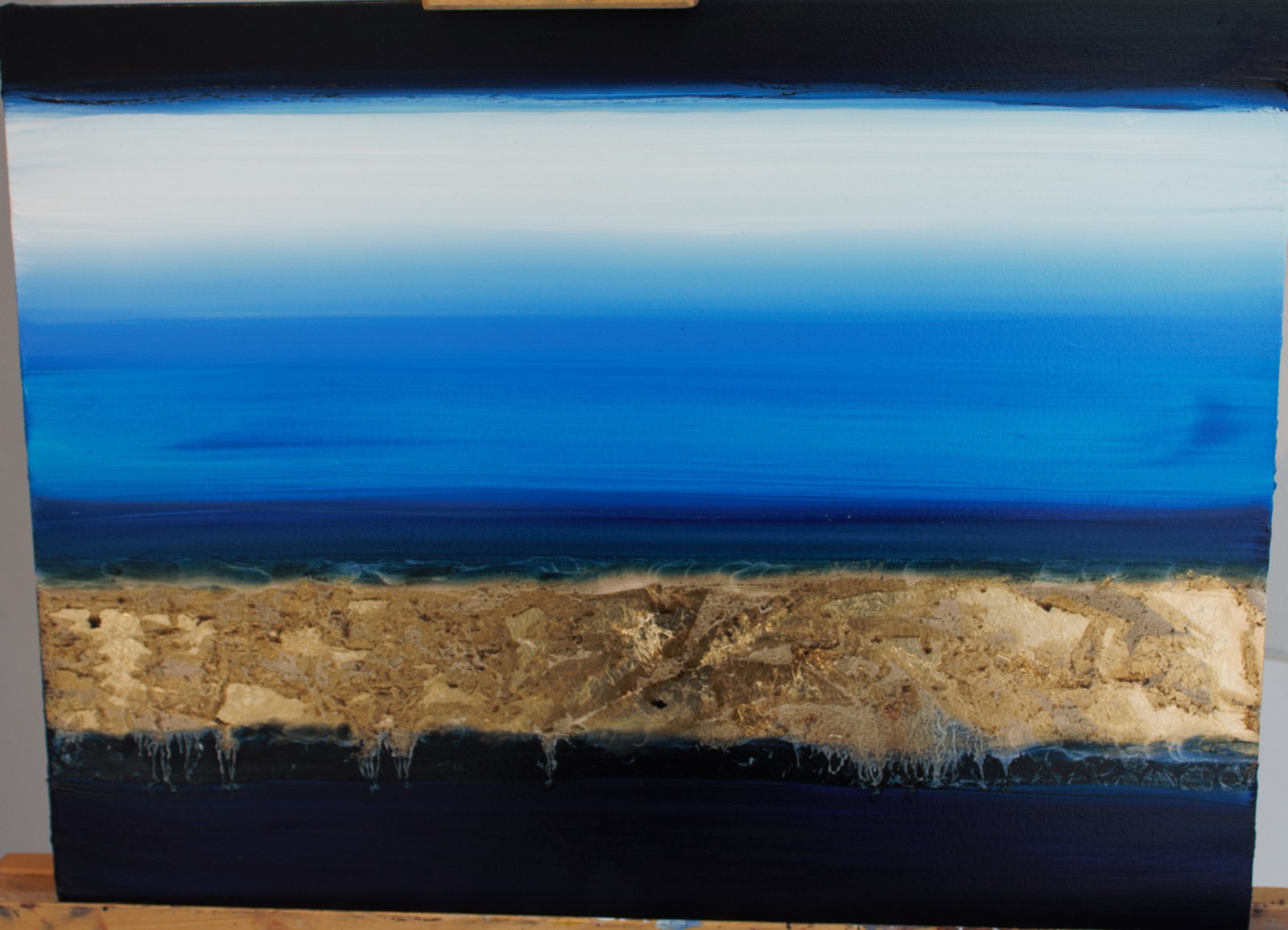 A native Dubliner, Dearbhail has been living in Kinsale since 2008. She has a BA(hons) in film production, she also studied Fine Art on Sherkin Island, followed by obtaining a first class MA in Art Therapy at MTU Crawford College, Cork.

Her work is influenced by her lifelong interest in spirituality, folklore, nature and the current climate crisis. She works from a home studio and has completed many residencies at Cill Rialaig, Ballinskelligs.  She has exhibited extensively in the west cork area in venues such as the West Cork Art Centre, The Warren Gallery, Castletownshend, and various arts festivals. Her work is also in the private collections of many actors and celebrities, including Pierce Brosnan, John Moore, Barry McCall and Norah Casey. It is also in the permanent collections of Temple Street children’s Hospital, CUH and Bantry County Council.

Her most recent exhibition was a major solo show at St, Lukes Crypt, Cork City in July 2019. It was opened by Norah Casey.

Closer to it. Exhibition of new paintings by Donal Moloney.

In The Name Of Shame by Amna Walayat

Windows of - The Gallery at No. 46 Grand Parade

microGALLERY Project 5 / What Do We Want? No More Homework!

Windows of - MTU Gallery at No. 46 Grand Parade